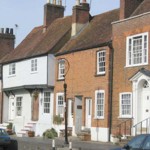 Month on month prices increased by 0.3%, the highest such rise observed for January since the onset of the financial crisis and is at odds with the normal seasonal trend, the data from Home.co.uk shows.

The index report says that growth in the property market is due to a lack of supply and low mortgage rates and the typical time on market is 117 days across England and Wales, nine days less than in January 2015.

Despite a small uptick in supply, the total number of properties on the market has fallen to a new low. Just over 386,000 properties are currently for sale, some 47% less than in 2008. This trend looks set to dominate the UK property market in 2016, the report says.

‘Sellers know full well that there is a shortage of supply and therefore see no need for cautious pricing. Consequently, prices jumped nearly a percentage point over the last month in Greater London, which corresponds with an additional £15,000 on the average home value,’ said Doug Shephard, director at Home.co.uk.

All the regional property markets have shown significant improvements in marketing times over the last year. The biggest improvements were in the South East and East of England where competition is fierce and these two regions also experienced the largest price hikes outside of Greater London in 2015.

‘We expect that home values in these regions will rise further this year before cooling as prices become out of reach of most buyers, thereby subduing demand. Perhaps surprisingly, the next best improved markets in terms of reductions in median time on market were the formerly lacklustre North East and Yorkshire regions,’ Shephard explained.

‘This serves as a strong indication that a recovery, until now notably absent, is beginning to take place in these regions as properties begin to move through the market more quickly and the supply demand balance tips in favour of the vendor,’ he pointed out.

‘We expect the first significant price rises post-crisis to be observed in these regions in 2016. The recovery in home values in the West and East Midlands is already well underway and their marketing times continue to improve. We expect increased price rises in these regions this year due to a combination of increased scarcity and buyer demand,’ he added.

Shephard also pointed out that the North West property market is also showing signs of incremental improvement and is expected to see price rises in 2016 higher than last year.

‘It is interesting to note that Greater London heads up the four regions which have the least improved marketing times over the last year. Overall, the London market appears to be in a mature post-recovery phase where the breath taking price hikes of the last six years have served to temper demand and cool this formerly red hot region,’ he said.

Market conditions in the South West remain little changed from last year and the firm anticipates average prices to rise around 6% in this region. Wales remains the slowest regional market in the UK with a typical time on market of 162 days and has shown little improvement so significant price rises in this region are not expected until 2017. Scotland, on the other hand, shows a steadily improving market overall, although performance is mixed across the country with a vibrant Edinburgh and an economic downturn in Aberdeen.

‘As we roll into 2016, we are witnessing a continuation of two major trends: rising prices way over and above the rate of inflation and an ever reducing total of property for sale. Given such high levels of interest in property investment by both large and small investors alike, it is difficult to imagine prices going anywhere but up in 2016,’ said Shephard.

‘Moreover, interest rates, another key market driver, remain at historic lows and this does not look set to change anytime soon. This is good news for vendors, who can be assured of getting the best price for their property,’ he explained.

‘However, for buyers and renters, the outlook is bleak. First time and next time buyers are finding it nearly impossible to compete with the buy to let sector and renters look set to endure a wave of rent rises over the next couple of years,’ he added.

‘The ultra-low interest rate environment is allowing the gap between earnings and house prices to widen to historically dangerous levels, mainly in the South and East. This is clearly one of several unsustainable trends in the current booming market,’ he concluded.